NOT REALLY A BLOG ....  AMELIA MAKES THE DRAW!
Recently I've been running a competition to win one of five copies of A WOMAN OF SECRETS.  It's been great fun, and a huge learning curve for me.  When I made the first announcement on Twitter, a manic ten minutes followed as I darted around my websites and Facebook pages making sure I was giving the right details in all the right places,  checking links and begging help from my lovely nephew Richard, who acts as my web master and mentor.  When it comes to all this technology, I'm an idiot - my grandchildren were better at sorting these things out than I am even before they started school! - and I think I must have tried poor Richard's patience to the limits that morning with my frenzied cries for help and lack of understanding of instructions unless they came in words of one syllable.  Helena at Headline was there to help too, and eventually all was running smoothly.
Apart from the last day, when I began getting e-mails telling me the link was taking people to a weather forecast for Chile ....  Apologies for that!  Still don't know what happened, but I extended the competition for an extra day to compensate.
Then came the big problem.  How to choose the winners.  More than anything, I wished I could send everyone who had entered the competition a prize and hated the thought of disappointing anyone.  But I guess the whole point of a competition is that there are winners and losers, and the fairest way to pick the winners was the good old-fashioned one - names in a hat.   And who better to make the draw than my youngest granddaughter - the real Amelia Carr.  (I borrowed her name!)  So, folks, here she is, taking the whole thing very seriously. 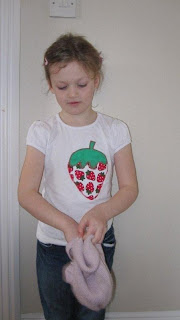 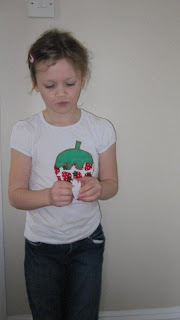 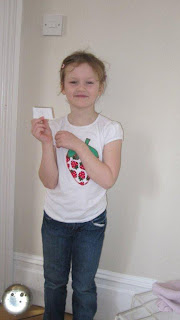 And the full list of winners is :  Georgine Price, Sarah Chapman, Heather McWilliams, Zoe Corbin, Tracey Anne Berry.
Once again, thank you to everyone who took part, and I'm really sorry if you weren't a winner.  If it's any consolation I'm never lucky in a draw either.  Except once.  Many years ago.  When I won a magnum of malt whiskey.  But that's another story ....
Posted by Amelia Carr at 03:54