RETURN OF THE BLACK MOUNTAINS!
(and the rest of the Hillsbridge books)
A 21st CenturyFairy Tale
Once upon a time there was a little girl called Janet whose father had once been a carting boy in the mines of the Somerset coalfield.  She loved to listen to the stories he told of those long ago days, of winters when he never saw daylight because he was underground from before dawn till nightfall, of the mice who would creep out for crumbs from the miners' 'cogknockers' - bread and cheese,  of a horrific accident that nearly cost him his life, and so on.  He also told of life in the little town.  There was the weekly market where Smasher the Chinaware Man would throw crockery into the air and let it fall to the pavement to attract customers, quack doctors sold their pills and potions, and a dentist would extract teeth on a wagon in the market square in full view of passers-by. There were the concert parties and fetes; and there was the notorious  'draw' when names were picked out of a hat to decide which previously exempt miners would have to go to war in the trenches.   And of course he told too of all the pranks he and his friends played as children - and later!!
Janet decided to use the stories her father had told her as the background to a novel, the story of a family who lived in the mining town of Hillsbridge.   THE BLACK MOUNTAINS, which tells the story of the Halls, opens in 1911 and spans ten years.  It was first published by Macdonald in 1980, and later in various editions by Century.  In the USA it was published as THE HOURS OF LIGHT. 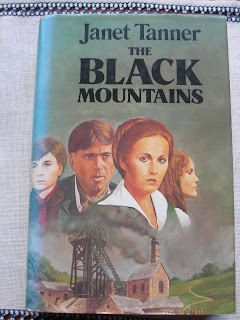 The original hardback version of THE BLACK MOUNTAINS
Everyone loved the story of the Hall family, so Janet wrote three more books about them, each following the next generation, and Charlotte, heroine of THE BLACK MOUNTAINS, appears in all of them, though no longer centre stage.  THE EMERALD VALLEY tells the story of  her daughter, Amy, who was just a little girl in THE BLACK MOUNTAINS.  Next comes THE HILLS AND THE VALLEY, set during World War 2, with Amy's daughter Barbara in the spotlight, and lastly A FAMILY AFFAIR set in the 1950s when Charlotte's granddaughter is a doctor in Hillsbridge.
Eventually the Hillsbridge quartet went out of print, but lots of people were still asking for them.  Janet had long since run out of spare copies in the loft, and most libraries had long since decided that their well-read and dog-eared copies would have to go, so she and all the people who still wanted to read about the Hall family were very sad.
But then along came a kind fairy godmother who works for Macmillan Bello.   They publish out-of-print books in e-form and also print-on-demand.   They took a look at the Hillsbridge quartet and said they would like to make them available once again!   So, like all good fairy stories, this one has a very happy ending.
Janet has just heard they are due out on October 11th, and she is very, very excited!!
oooo-OOOO-oooo
Author's note:  Janet Tanner is my real name.   But of course I am also Amelia Carr!!
Posted by Amelia Carr at 11:15 0 comments 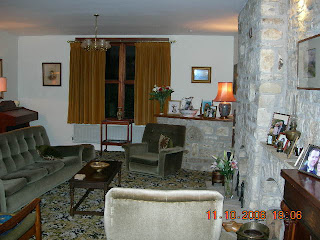